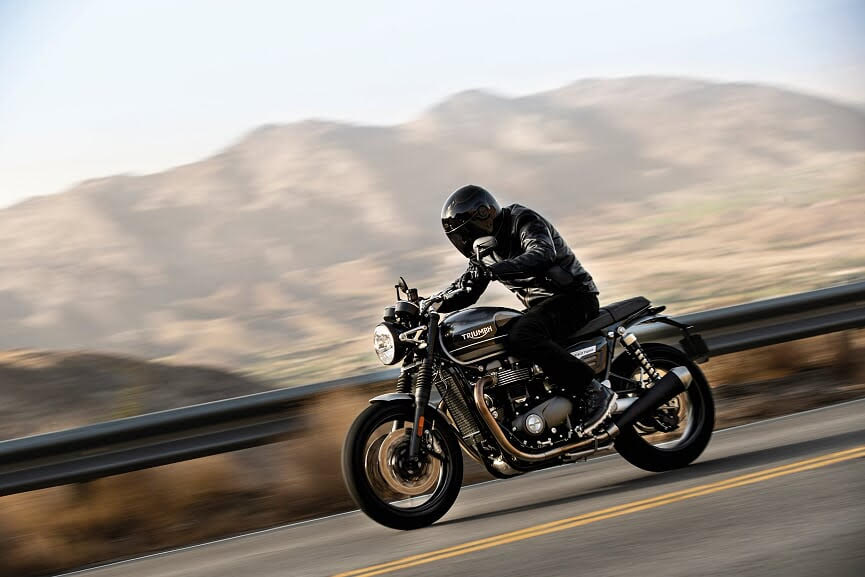 Hi, my name is Mark Hipkin. I am a Solicitor practising at Alderson Law LLP in Whitley Bay and I love all things two-wheeled. This month I had the pleasure of riding the TRIUMPH SPEED TWIN 1200.

We are back bike reviewing after the lockdown. Thank the Good Lord. In these times of uncertainty, we need a release and by gum, did I get one with this bike. I had, last year, taken out its smaller brother, The Triumph Street Twin, which is a “measly” 900cc but this bigger, beefier brother at 1200cc in black and 96 brake horse power is marvellous.

I would like to see them both side by side but the Speed Twin has the small, muscular, powerful dimensions of its smaller brother with the short wheel base, which shows me that this is going to be a very nimble and usable bike.

Sitting astride the bike at Triumph Newcastle and having a whirl around the TFT display and controls, which are very easy to get used to, a turn of the key and the button pressed – whurr, boom and rumble came out of the exhaust, which I was surprised was simply a standard one. The Vance and Hines aftermarket end can is apparently spectacular. Triumph seem to have taken Honda’s mantle of producing extremely well-made quality bikes that have instant usability. Feet up and I had the hang of it by the first set of traffic lights on Scotswood Road. Slightly forward riding position, this unfaired naked roadster type was a doddle around town.

I took the A and B road option, turning off the A69 at Heddon on the Wall and decided on a run to Housesteads and the Sill visitor centre at Twice-Brewed YHA. I had been there before and it is a lovely run out along the undulating straights of the Military Road in the shadow of the Roman Wall with the odd nadgery bend and sweeping turn thrown in for good measure. The suspension on this bike was much more focused than the last time I rode there on a Honda CB1100X which wafted me along.

It was a beautiful, sunny and warm, 26-degrees day with a slight breeze as I zipped along. Overtakes easily with a large engine in a small frame format. I passed by Housesteads Fort and the iconic Sycamore Gap to my right (which was my Dad’s favourite view) with thoughts of Roman Wall exploits and Kevin Costner’s Prince of Thieves film.

A pit stop in the beautifully presented and well-situated Sill Centre and catching the rays on their balcony café with a flat white and a slice of cake. Bliss. This was a day when those legionnaires

from Rome may have felt at home. Beautiful weather and not a Pict in sight! I turned my chariot around and thought it was such a nice run on the way here – why not – same way back.

Great speed and power blend and it rode the undulations very well on the Military Road. Sometimes I was changing gear or listening to the overrun, just to hear that exhaust popping behind and below me. It was the veritable wave of torque on this cracking run out and how well it pulled that stuck in my mind. There was little traffic to hold me up and there were views to savour for 20 or 30 miles on each side.

Who’s this bike for – this is a bike for everyone. It is powerful, sure-footed in its handling but so easy to get used to and ride. Usual Triumph build quality with that great eye for detail with small Triumph logos everywhere. I particularly liked the bar end handle bars which were unobtrusive but really gave that factory custom look to the bike.

Sometimes bikes remind me of a song as I am riding them, or a character. This is an unashamed retro lookalike bike but with the build, reliability and quality missing from the 1970’s and before. It was Kevin Keegan who came to mind when thinking about this bike – when playing for Hamburg, he was European Footballer of the Year twice, and was nicknamed “Mighty Mouse”. You may also remember the “Superstars” contest which he took place in on the TV. Like him, this Triumph is at the top of its game. A great bike – and it’s British!

Mark Hipkin practises at Alderson Law LLP in sunny Whitley Bay (it is always sunny in Whitley Bay!), and is a Partner/Head of the Personal Injury and Civil Litigation department. He welcomes your e-mails or calls on the law (or your biking experiences) at wbay@ aldersonlaw.co.uk or call 0191 2533509. 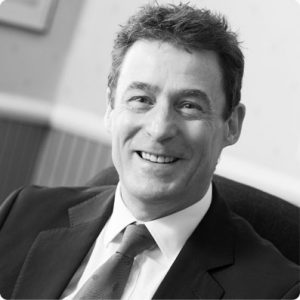